So. This is it. We've done it. We're on tour in our camper van. The trip we've been planning for nigh on three years has finally arrived: 365 days of freedom and adventure stretching out in front of us like an unnamed road.

Somehow I thought I would feel more elated, more celebratory. But for days I just felt like we were on a standard long weekend away in the van, just, you know, massively overpacked. Old? Cynical? Maybe it hasn't hit me yet. Or maybe the trauma of that final week of sorting, packing, washing, labelling, sealing and storing every aspect of our lives is still too raw and throbbing to allow room for any other emotion. Anyone who has moved house recently will know the pain I'm referring to. And those wounds don't heal overnight.

That said, I did get a little squiggle of giddiness in Bruges last Sunday night. As we cycled into the centre of town from the delightful Camping Memling; the sun was sinking low and the cobbled streets - although painful to ride on - oozed charm and long shadows, I suddenly got a frisson of excitement and freedom. Not dissimilar to what I used to feel in those first few years after moving to London: an awe, a swelling of the heart that beat "anything could happen today" and the world nodding back that it was indeed full of Possibility.

I'm sure I'll feel it again, that old enchantment, but it's one of those things: you just can't predict when it's going to hit you itjustdoes. It could be a sublime vista or a mundane scene...I guess I'll have to wait and watch. 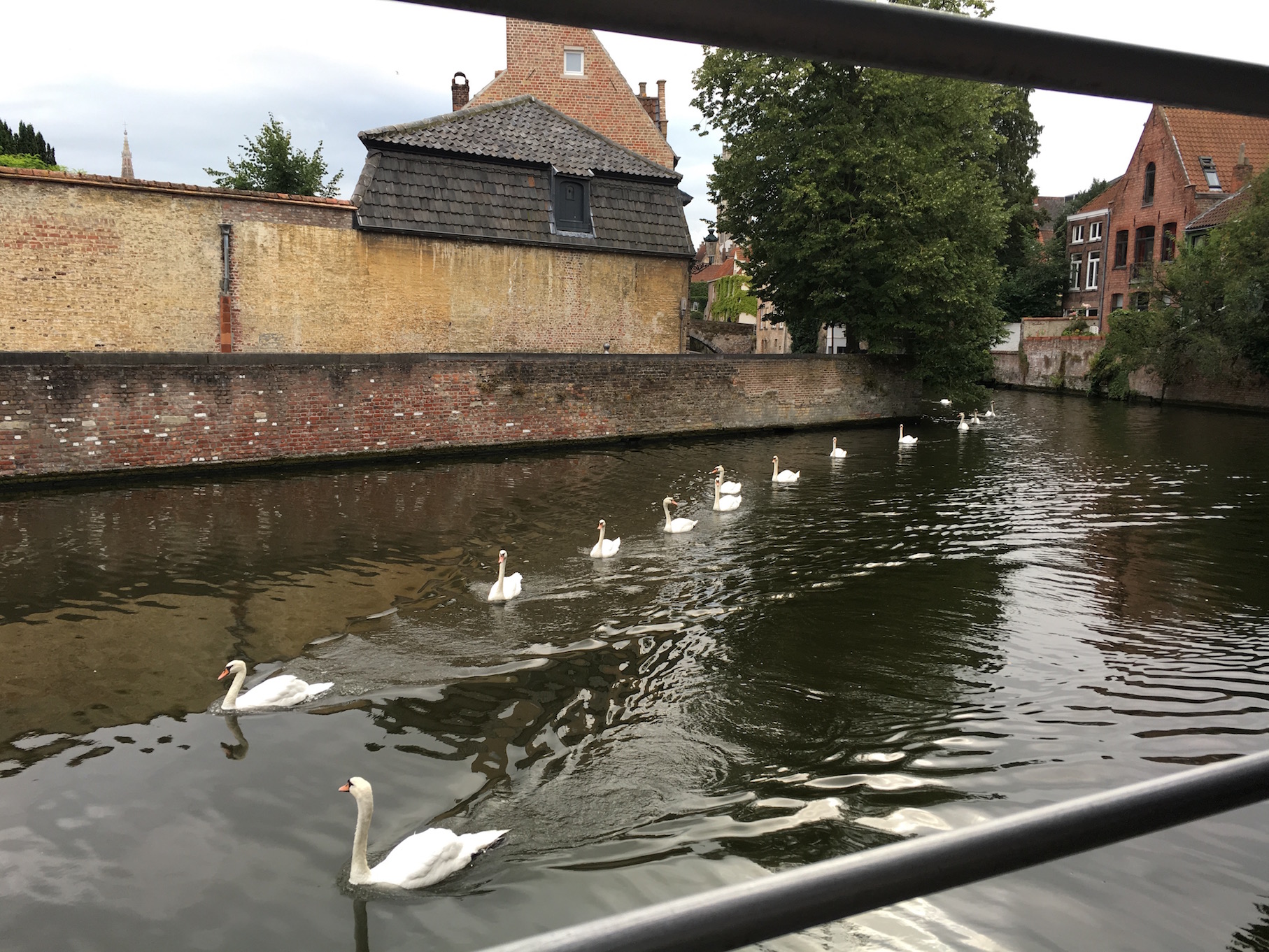 Flotilla of swans in Bruges 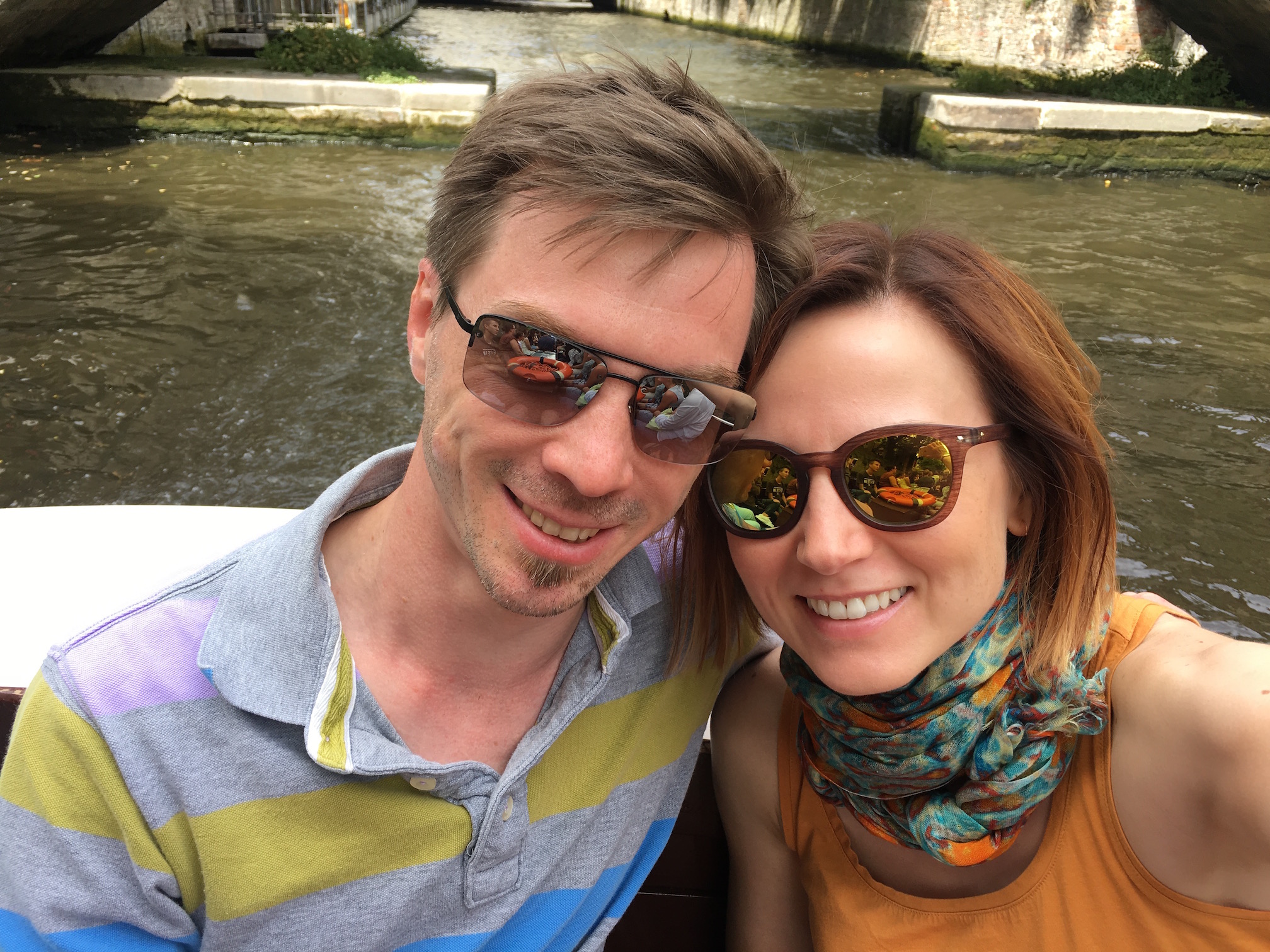 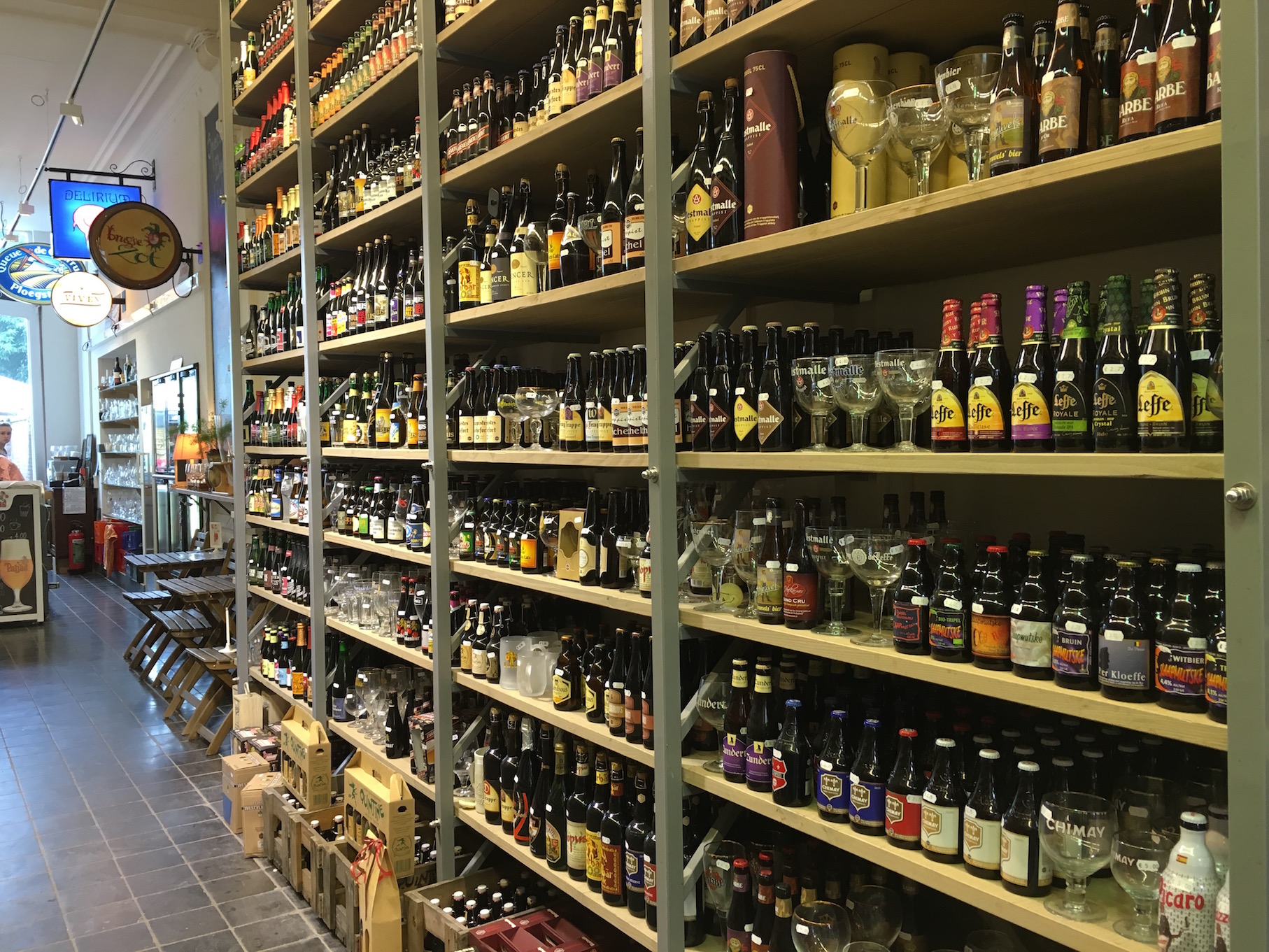 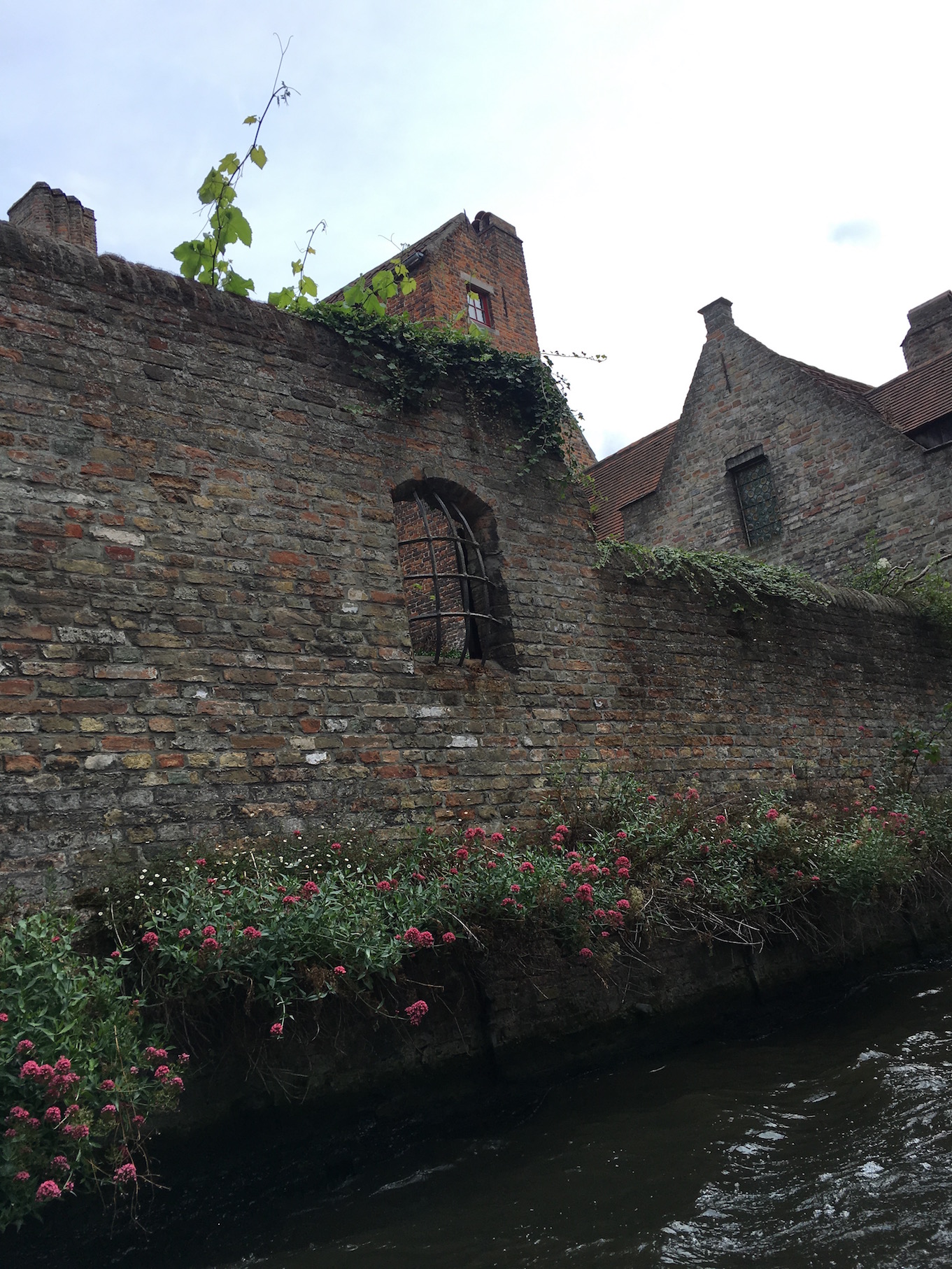 Has anyone heard of Martin Rocky Maughan from Ireland? Because if you have, then Anton and I have just been conned out of EUR140.

Martin approached us on Thursday at L'Aire de Meurthe-et-Moselle in Baccarat, France, looking wide-eyed and rather desperate. He'd taken his family to Disneyland Paris as part of a two-week holiday (they had also travelled to Switzerland during this time) and somewhere along the way he'd lost his wallet.

They were now on their way back and he needed money for fuel to catch Le Shuttle in Calais. Not sure why the wife didn't have her own debit/credit cards - or maybe she just refused to help him, we'll never know - but anyway, there he was at the lay-by after scoping our GB plate, hat in hand.

The reassurances of reimbursement came thick and fast - "I'm not a poor person, I promise you," Martin said as I discreetly tried to make out the brand of his watch - while Anton asked for his mobile number and snapped a photograph of his passport, presumably so he could tip off the authorities if he did a runner on us.

Martin asked for EUR150 and although we were EUR10 short, he did seem extremely relieved when we finally gave him the cash. He honked the horn a couple of times to say thanks as he drove off; the wife did not look at all impressed.

Anton called him a couple of days later to check in, and Martin and family were all safe and well back home in Romford. Unfortunately, the EUR140 we lent him didn't quite cover their expenses and Martin had to politely ruin someone else's day by asking for a top up.

I'll let you know when if we see that money ever again. If we don't, Anton has vowed to never help anyone else. Ever. 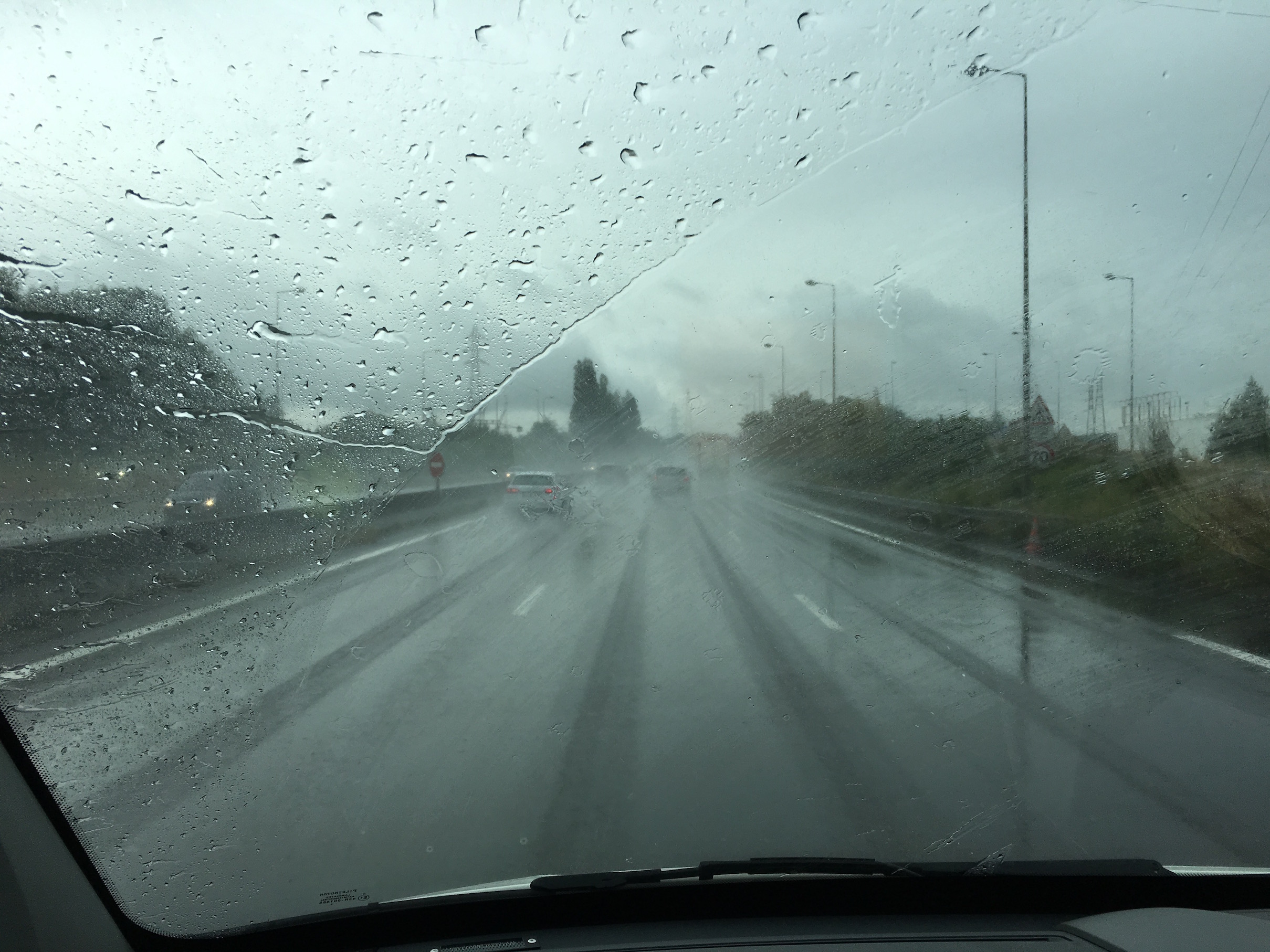 Anyone who knows me knows I'm not a fan of driving.

I got my license in my early 30s - mostly at Anton's insistence encouragement - and have honestly dreaded every single time I've had to get behind the wheel. There is not only a dry mouth and sweaty arse to deal with - the physiological result of an internal battle to keep my rising panic in check while maintaining concentration - but also the predictable bout of marital squabbling that occurs the minute we set off anywhere.

But I promised Anton last year that we would share the driving on this trip - "Otherwise it's going to be a very different trip," he threatened - and got a half a day's lesson with a specialist van driving instructor from Alpha Motoring (ask for Tony if you're interested). The goal was to get over my apprehension of driving our VW MWB Crafter (arguably a slightly larger vehicle than our previous Audi A3 Quattro).

It was money well spent, and has so far served me well on both UK and European roads, although I'm not sure I'll ever truly enjoy the driving experience.

Lucky, then, it was not me behind the wheel when our satnav decided to take us up an ever narrowing and precipitous road, which eventually turned into a gravel path on someone's private property. To be fair, we did ask TomTom to include unpaved roads when setting the route, so really it was only doing its job.

I held on to the Jesus handle as the van lurched forward in second gear, trying not to look too closely at the drop on my left. We passed an old man with a walking stick - his surprise belied his indignation - and he took a deliberate step back to let us through. Anton slowed down even more, we continued for another 15 metres, tree branches scraping against the windows and roof, and then the unthinkable: another two cars parked on the left; and on the right, an inch away, someone's abode. We were stuck.

At this point, a man with no shirt, a ponytail, and a cigarette dangling from his mouth came out of his house, presumably to yell at us from his doorstep. I jumped out of the van, ready to engage in diplomatic efforts in English, French, or any other language I could remember.

Thankfully the preference was English so I explained that we took a wrong turn, and the man - bless him - offered to move one of the cars. At this point, the old man we passed earlier caught up to us, and stood quietly to the left, watching the cliched tourist drama unfold.

After a bit of revving and manoeuvring, one of the cars was reversed up the path, and we managed to squeeze through and rejoin the main road further up the hill. The only casualties were a few small branches from the tree outside the house.

"Bon voyage!" Ponytail Guy yelled as the old man with the stick bellowed with laughter. "Bon voyage!" I replied, not sure why, as Ponytail Guy was just going back to his house. "Merci!" I added, and offered a Namaste gesture in thanks. 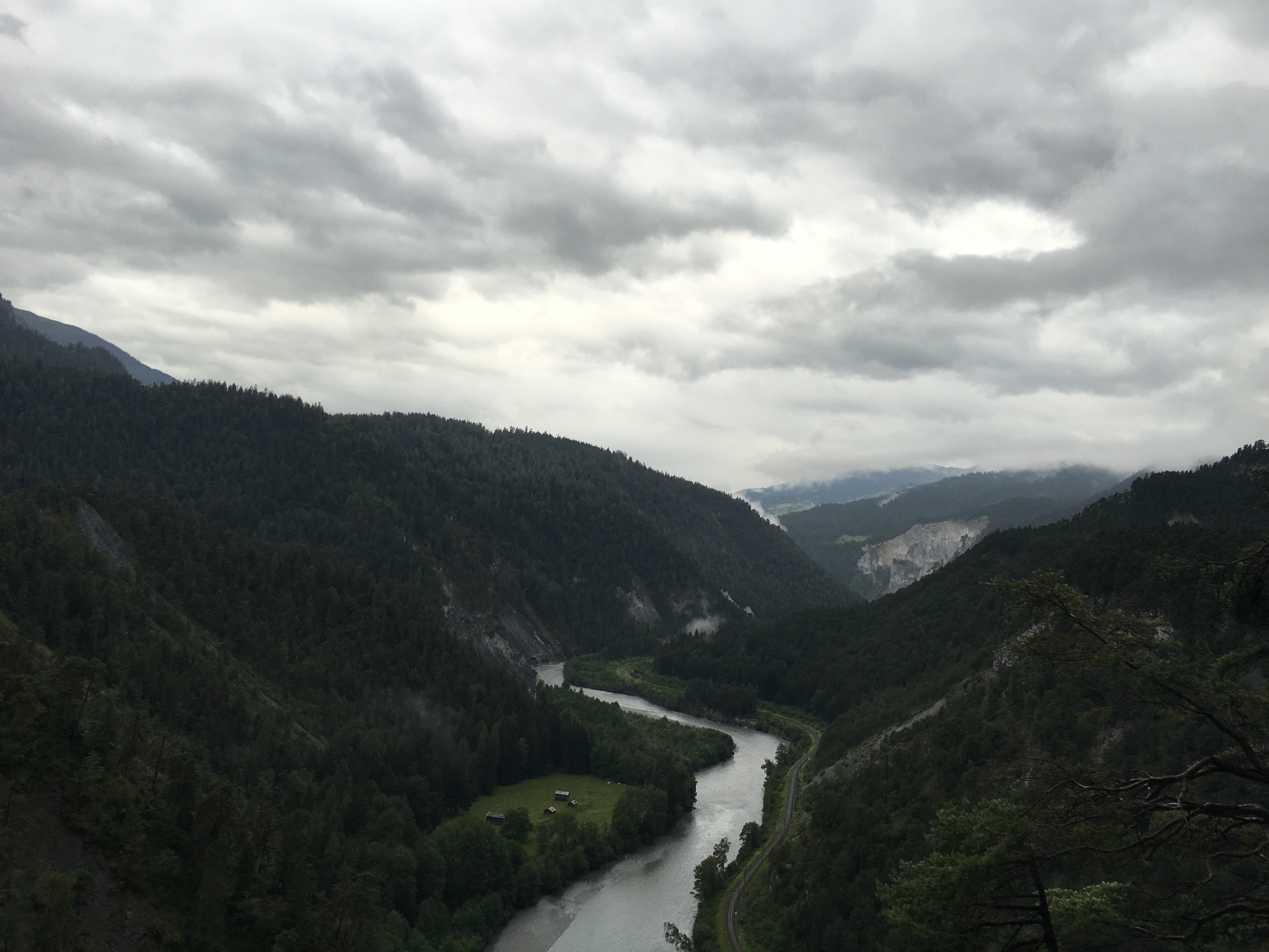 Peaks and valleys in Switzerland

Magic Wood, Ausserferrera, Switzerland This trip, above all, is a climbing trip. And to make the most of any climbing trip, a climber would normally train for weeks or months - sometimes even

In order to have unfettered access to cats and cucumbers videos on YouTube in the most remote places in Europe, we decided we absolutely had to have satellite Internet. Our chosen system operates